Peter Schloss is one of the pioneers of satellite television in Asia and award winning media and entertainment executive, corporate lawyer and finance executive in China. Mr. Schloss is a recognized expert in corporate governance, compliance and other matters commonly faced by board of directors and management of Chinese companies listed on the U.S. capital markets and other international stock exchanges. Prior to founding CastleHill Partners together with an Asia-Pacific family office, Mr. Schloss has been a partner at the Phoenix Media Fund, a private equity fund established by the Phoenix Television Group (HK.02008) focused on investing in media and culture companies in China. Mr. Schloss is highly proficient in Mandarin Chinese and has lived in China and Hong Kong since 1985.

Mr. Schloss is a noted authority on Copyright Law and intellectual property matters. He has been quoted frequently in academic journals and various news organizations regarding the development of Copyright law, especially as it relates to digital music and entertainment and China’s Copyright Law. As a member of the founding management team of Star TV he served as general counsel of both MTV: Music Television and Channel [V]. He has previously advised the Karaoke Channel and Warner Music Group. From 2011 to 2013 he was a member of the China Advisory Board of Fender Musical Instruments Corporation.

Mr. Schloss started his career in Asia in 1985. Based in Beijing, in 1989 he became general counsel of IBM China/Hong Kong. In 1991, he was a founding member of the senior management team of STAR TV. As general counsel and executive director, he was involved in the creation of the company’s flagship content channels (MTV Asia, Channel V, Star Sports) and all of its landmark transactions. These transactions include the sale of a controlling interest in STAR TV from the Li Ka Shing family and group of companies to Rupert Murdoch’s News Corporation, the establishment of the Phoenix Television Group, the acquisition of the Golden Harvest, Golden Princess and D&B Chinese Language film libraries and the creation of Media Asia (HKSE: 8075).

In 2003, Mr. Schloss joined TOM Online, a China-based and focused mobile internet and digital entertainment and music company. As an executive director, chief financial officer and general counsel of TOM, Mr. Schloss prepared the company for its successful dual-listing on NASDAQ and the Hong Kong Stock Exchange as well as leading the deal teams for TOM’s investments in and acquisitions of many Chinese digital media and e-Commerce companies. These transactions include the acquisition of controlling interests in Skype China and eBay China, as well as the privatization of TOM in 2007.

Following TOM, Mr. Schloss has continued to work in the digital media and entertainment sector in Asia. Mr. Schloss was a co-founder and CEO of Allied Pacific Sports Network (“APSN”), in which he sold a controlling interest to Linktone (NASDAQ: LTON). He is a member of the editorial board of the China Business Law Journal and is a frequent commentator on Chinese Copyright Law, Intellectual Property Law and corporate governance of Chinese companies. Since 2012, Mr. Schloss has also been a lecturer at the Chinese University for Politics and Law. Mr. Schloss holds both a B.A. in Political Science and a Juris Doctorate degree from Tulane University. 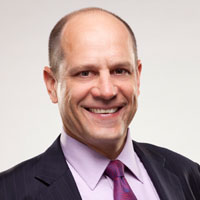 Mark Fischer is a senior advisor of CastleHill and has enjoyed more than two decades of building successful sports and media businesses in China and other key markets in Asia.

From 1997-2009, Mark held a series of leadership roles at the National Basketball Association (NBA) in Asia, including as Managing Director of NBA China from 2003-2008, when he grew the team and revenues each 40-fold to lead that division from a two-person startup to a valuation of $2.3 billion.

Proficient in Mandarin Chinese, the Boston native holds a Master’s degree from Harvard’s Kennedy School and a Bachelor’s from the University of Michigan. In addition to other non-profit pursuits, Mark serves as Chair of the Sports & Entertainment Committee of the American Chamber of Commerce Shanghai, and board member of the University of Michigan’s Sports Management Advisory Board. 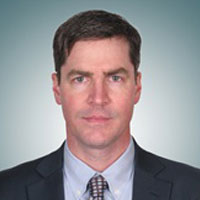 Prior to joining CastleHill, Jonathan was a General Manager in the Investment Management Division at the Wanda Group in Beijing, responsible for establishing and maintaining relationships with international strategic partners and pursuing investment opportunities such as minority positions, joint ventures and private placements. Investment and partnership emphasis included Media and Entertainment where he led negotiations on Wanda’s first international film finance and distribution deal with the Weinstein Company.

Previously Jonathan was with Goldman Sachs for ten years as a Vice President in the Investment Management Division. He earned an MBA from Carnegie Mellon University and is a graduate of the Johns Hopkins-Nanjing University Center for Advanced International Studies. 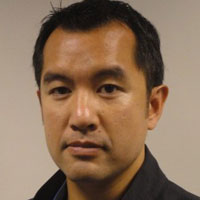 Anthony Tse has more than 20 years of experience in the digital media and technology sectors across the Greater China and Asia-Pacific.

In his role as director of Corporate Development at TOM Group, Mr. Tse led the origination and execution of over a dozen M&A transactions throughout Asia with an aggregate transaction value of over US$500 million including, the acquisition of top magazine and book publishing groups PC Home, Cite Publishing, Business Weekly, Nong Nong Intermedia and Sharp Point Publishing; the acquisition of the television and entertainment companies including China Entertainment Television, DMC, Huayi Brothers Film and Aiya Media; and internet and sports companies including 163.net, Shawei Sports, Maya Group, YC Sports Marketing and MediaServ.

Mr. Tse has also overseen the execution of more than US$600 million in corporate finance and capital market transactions including the TOM Group Hong Kong US$150 million IPO, it’s subsequent debt and equity capital issuance of US$270 million and a US$55 million syndication loan financing.

In 2006, Mr. Tse became President of China Entertainment Television, a joint venture between TOM Group and Time Warner. He managed more than 200 staff across several cities in China. Within 2 years, Mr. Tse had led China Entertainment Television to a 30x growth in revenue and positive cash-flow, thus completing a turnaround from its US$17 million operating loss in 2003. The company was voted one of the Top 10 Influential TV Brands in China in 2007.

Mr. Tse is based in Hong Kong. 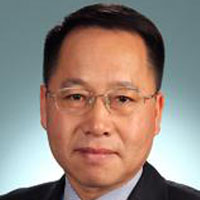 Yue Bing Lu is a well known investment professional, economist and corporate executive in Asia. He is an advisor to CastleHill Partners. Since 2012 he has been Vice Chairman of China Funds and a member of the Investment Committees for the BRIC Opportunities Funds at Siguler Guff. As a senior member of the firm’s investment team, he facilitated Siguler Guff’s business development activities in China and advised on the Siguler Guff’s overall emerging markets investment strategy. With over 20 years of experience in the public and private sectors in China, Mr. Lu has a deep understanding of Asia-Pacific markets and possesses long-term government and business relationships.

Prior to Siguler Guff Mr. Lu was the Deputy President and Chief Investment Officer of China Jianyin Investment Co. Ltd.,中国建银投资公 司, the domestic investment platform of the China Investment Corporation (CIC) 中国投资有限责任公司. In this position, he led private equity fund investments and direct investments in financial services and manufacturing companies.

Previously, Mr. Lu was the Managing Director and China CEO of Climate Change Capital, a London-based investment manager and advisor focused on the cleantech sector and low carbon opportunities.

In addition to Mr. Lu’s experience in the financial services sector, he has held senior management positions in several leading multinational companies, including Alstom (China) Investment Co., Ltd., where he served as Vice President, Corporate Strategy and Development, and Ford Motor China Ltd., where he was a Vice President of Government Affairs. Mr. Lu was also a Director at Caterpillar (China) Investment Co., Ltd., where he managed business development, including M&A and green field investments in joint ventures and wholly-owned foreign enterprises, corporate strategy, government relations and public affairs.

Mr. Lu began his career as an advisor to the Chinese government on industry development strategy and foreign investment policy during his service at the Development Research Center of the State Council. In this role, he acted as an expert advisor to the United Nations Conference on Trade and Development (UNCTAD) and was instrumental in the creation of UNCTAD’s World Investment Report.

Peter Schloss is one of the pioneers of satellite television in Asia and award winning media and entertainment executive, corporate lawyer and finance executive in China. He is the founder and managing partner and CEO of CastleHill Partners Limited.